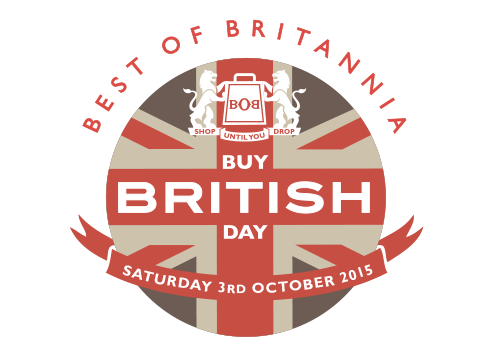 It’s been a busy year…
2015 has been a great year for Swarm Design England. Here is a summary of what we’ve been up to so far…

The year kicked off for us back in may at BOB North, where we exhibited our signature range of cushions, lampshades and fabrics to the consumer public. Although the Best of Britannia title is becoming something of a brand in it’s own right and is quickly raising up through the ranks of British design selling events, taking place in the Old Postoffice building in Preston’s historic Flag Market, the 2015 show was the first incarnation of BOB North. Although initially having reservations about a selling event of this scale being outside of London, the show was a huge success and we quickly realised that the Best of Britannia name lived up to its reputation and brought in hundreds of visitors to the show and the brands involved left with pleasingly less stock and satisfactorily heavier pockets. 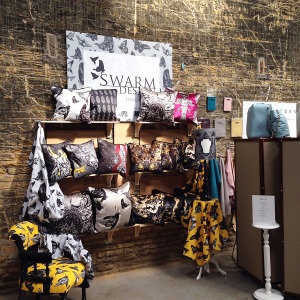 After the success of BOB North, we quickly signed up to be a part of the bigger and more established London show. Now in its fourth year, BOB London has now a very well established customer base in London and due to the success of previous years, was this year hosted in a space twice the size of the previous venue. Held in a disused victorian industrial building in trendy, vibrant Shoreditch – the show had a fantastic atmosphere and buzz. Sadly the show fell on the hottest weekend of the year and it seemed that the public opted to stay at home in the sunshine or hit the beaches than travel into London and as a result the show was quieter than most would have liked. However, although quiet, the show’s great atmosphere and vibe wasn’t interrupted and our signature range was met with some fantastic feed back and praise. 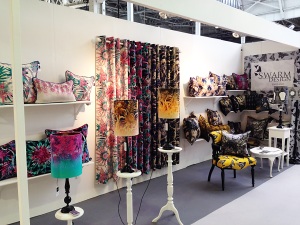 Our most recent endeavour has been our stand at Home London this month. Thank you to all of those that attended the launch of our new ADAMAS collection. The show was a real hit and we had a ton of interest and admiration for the new collection. With some large orders in the bag we left the show feeling fantastic. We’re still following up with leads, orders, image and press requests since the show – so if we haven’t gotten around to you yet, please be patient we’ll get to you soon! For those of you who couldn’t attend the show, here is a little insight into our new collection and some images for you to feast your eyes on… 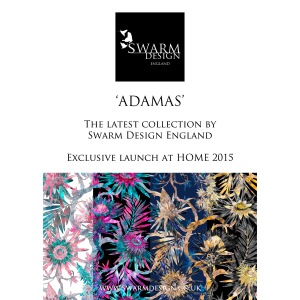 ‘Taking its name from the Latin word for diamond, ‘Adamas’ is a step in a new and exciting direction for Swarm Design England.

Usually taking inspiration from insects, antiques and a monochrome colour pallet, the new collection utilises colour to the maximum and focuses on imagery with a unique twist.

Rather than conventional botanicals, ‘Adamas’ is the bizarre combination of a tropical floral scene and crystalline forms. Inspiration came from mineral growths and formations of rare and precious crystals as well as exotic flora, the result being designs featuring a majestic, diamond jungle grown from vibrant crystal forms.

As well as the unconventional imagery, ‘Adamas’ has a heavy focus on current colour trends and is split into four distinctive colourways: Aurora, Selva, Midnight and Pyrite. 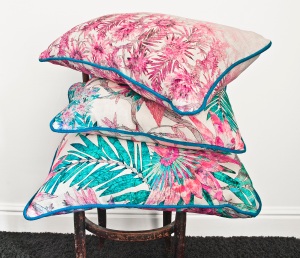 Aurora is a light and fresh colour pallet with soft coral, jade and emerald hues, perfect for statement making in a chic,
toned-down space. 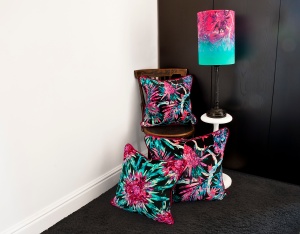 Selva takes on a moodier more sumptuous feel with deep and
vibrant acid pink, magenta, teal and violet shades on a black
backdrop, for a dramatic and eye catching look. 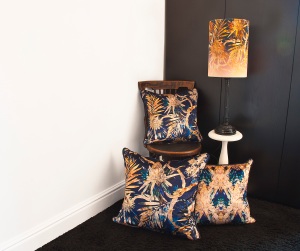 Midnight is the embodiment of luxury, with a deep royal navy ground and majestic gold and copper tones, key colour
combinations for a handsome, regal interior.. 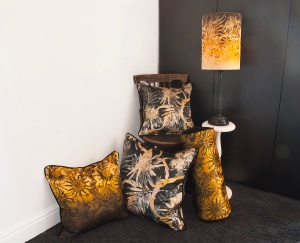 Pyrite is a nod towards Swarm Design Englands more usual pallet, being mainly tones of grey. Charcoal and slate but with a flash of lustrous gold, for a simpler but no less impressive feel.’

AND LAST BUT NOT LEAST…. 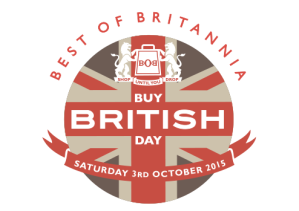 Finally we’re pleased to announce that next week we are taking a space at Best of Britannia’s #BuyBritish day pop-up shop in Preston Fishergate centre. Buy British Day is an annual event which champions British design and manufacturing and it’s Best of Britannia’s mission to enhance that message and convince the buyers to buy British! If you’re Lancashire based come along and see us next weekend on the 3rd and 4th where we will be exhibiting a mix of our signature and new Adamas ranges, available to buy with exclusive BOB discounts and offers. See you there!

What do you want to see ? 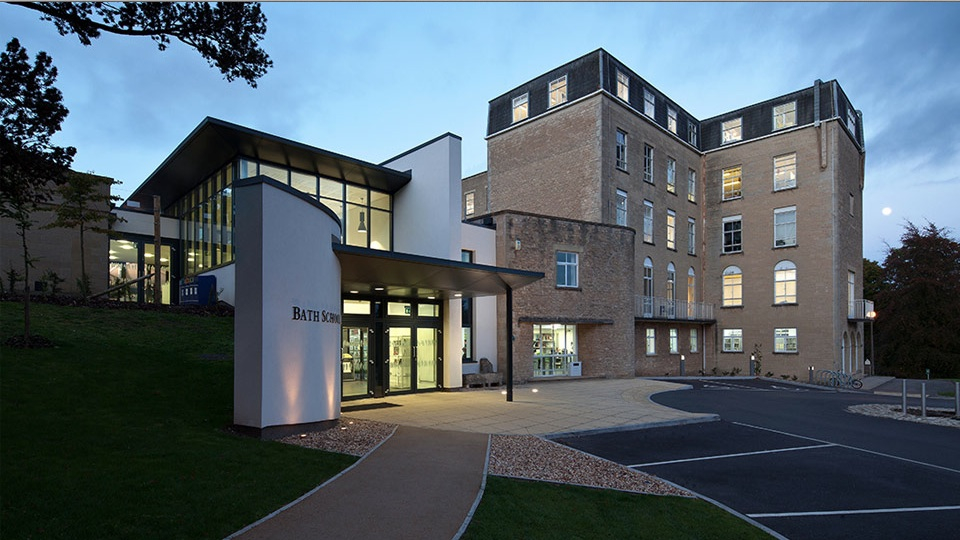 Click the image for more course information and how to apply. BA Hons Textile Design for Fashion and Interiors